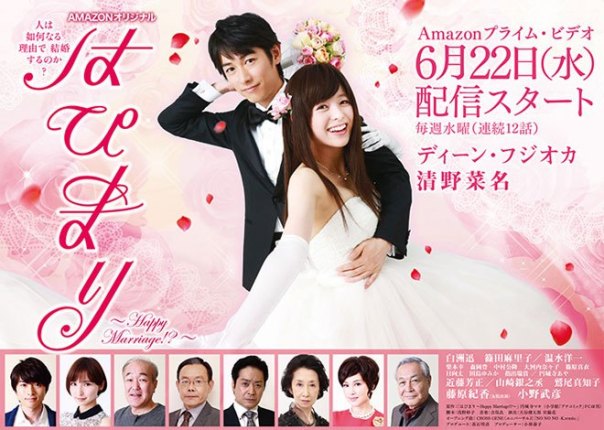 Yosh! The long wait is over! I really hope that this live-action doesn’t disappoint. I seriously love the manga and I seriously adore Dean. I also hope someone takes time in subbing this one. I’ll be writing recaps once the subs are out. Yay!

END_OF_DOCUMENT_TOKEN_TO_BE_REPLACED

Howdy! I originally planned on taking a leave from writing drama recaps. It has been 6 years since my last drama recap post. And yeah, it’s a considerably long time. But after watching the trailer of My Amazing Boyfriend, I’m having second thoughts. It’s a rom-com with a touch of supernatural, or supernatural with a touch of rom-com, either way, I like it. I’m interested with the plot and I want to know how it’ll end for an immortal and a mortal. There’s a 70% possibility that I’ll be making recaps for this one. Hopefully, it’ll be entertaining as I thought it’ll be. Fingers-crossed.

END_OF_DOCUMENT_TOKEN_TO_BE_REPLACED

This is what I’m talking about! Soul-swapping rocks! The poster says it all.

END_OF_DOCUMENT_TOKEN_TO_BE_REPLACED

Here’s a longer synopsis from Baidu. 🙂 These are just rough translations though. 🙂

The Zhang family has four daughters. When their mother passed away, she left behind four special gifts for each of her daughter: Scarf/Handkerchief, Mirror, Suitcase, and Pen.

The daughters don’t have the slightest idea of what these gifts mean. Their dad confessed that according to their mom, they will only understand the significance of these gifts when they experience happiness. But what is happiness? This is the mystery that the four daughters seek to find the out….

Dedicated queens fight hard, but how do they find a tough enough man worth of being their other half?

Posted in Preview (Tdrama), Queen Not Getting Off Work/4 Gifts, Taiwanese Drama/ Movies

Drama Preview: Queen not Getting Off Work aka 4 Gifts

With approximately 1 week before the premier, here’s the teasers and trailers for Queen Not Getting off Work aka 4 Gifts (Nu Wang Bu Xia Ban).

I must admit. The synopsis for this drama is 100% nonspecific. All we know is, it’s going to be an action-romance idol drama that deals with the life of  “hardworking queens” and their “worthy other half”.

From what I’ve seen so far, there will be two main couples in the drama: (1) Tong Jia Liang (Xiu Jie Kai) and Zhang Ruo Tian (Li Kang Yi), then (2) Ren Shao Ting (Nicholas Teo) and  Zhang Ruo Wei (Cynthia Wang). I guess, there wouldn’t be any love triangles this time around. Of course, I could be wrong.

Ruo Tian, the eldest daughter, is a a clever, strong-willed and devoted prosecutor. She believes that women are as capable as every other man. And maybe, that’s just the reason why she’s up to do a “manly” job. Clearly, she’s somebody that won’t be hiding in any man’s back.

And who else is tough enough to be at par with such an overwhelming woman? None other than  the equally “manly” and daring police officer, Jia Liang.

With Ruo Tian’s pride and Jia Liang’s bravado, we’ll sure expect an interesting battle of the sexes from the two.

Ruo Wei, the second eldest daughter, is a certified fashion queen and works for a fashion magazine. She’s into the girly stuffs, and therefore, the complete opposite of her elder sister, Ruo Tian. She will be the love interest of Shao Ting, a rich and genius designer who demands perfection in everything.

Then, there’s also the third daughter, Zhang Ruo Yi (Lu Jia Xin). Nothing much is said about her though, except that “she has nothing to do on holidays”. 🙂

This new drama is scheduled to debut on Sunday, September 19th.

Posted in Preview (Tdrama), Queen Not Getting Off Work/4 Gifts, Taiwanese Drama/ Movies

Preview: My Girlfriend is a Gumiho

With the premier lurking just around the corner, my anticipation for this kdrama already reaches its utmost heights! Yosh! I’ve been waiting since May! Finally!

I have the highest of hopes for this kdrama. Well, after the phenominal You’re Beautiful from the awesome Hong sisters, who wouldn’t thirst for another quirky, refreshing and trendy drama from those two, right? Am sure it’ll be a perfect mixture of some out-of-this-world humour and dynamic romance. These sisters always blows me away with their crazy ideas and outstandingly upbeat plot. With these said, I know that My Girlfriend is a Gumiho is a guaranteed success.

I’m not really a fan of Lee Seung Ki, but I can say that he definitely made a good impression in Brilliant Legacy. As for Shin Min Ah, I totally love the girl!  I’m really excited on how she’ll transform as the scary gumiho. Still adorable, I guess. 🙂 Oh, well they might just be the perfect pair in the perfect fantasy drama.

The drama will premier on August 11, taking the Wednesday-Thursday schedule. Here’s the synopsis:

Cha Dae Woong (Lee)  is a man who meets a girl (Shin) and falls in love with her. The girl is actually a gumiho, a legendary fox with nine tails that eats the livers of humans. When he finds out that she is a gumiho, he ends up doing crazy things to prevent the girl from eating his liver.

By just reading the synopsis, I’m already expecting many wonderful things from this kdrama.

Another Jdorama to set out this July is Joker Yurisarezaru Sasaken. Unlike Unubore, Joker is gearing towards the seriously intense detective arena. I dig crime and suspense dramas so the plot really catches my meticulous (Ahem!),  fussy (Ahem, ahem!) taste. I’ll be checking this one out.

The story’s central character is a detective on the Kanagawa prefectural police force (Sakai). During the day, he is known as a “Buddha” for his gentle personality, pouring all of his energy into resolving each case. But at night, he transforms into a cruel punisher as his gentleness gives way to his anger towards the criminals. The series is said to pose questions about what justice and evil truly are.

Besides Anne (who plays Sakai’s rookie partner) and Nishikido, the cast also features Takeshi Kaga, Ren Osugi, and Ryo. “Joker” is set to air on Tuesdays at 9:00pm, starting on July 13.