Hanamizuki (May your love bloom a hundred years)

The movie was rather slow-paced, draggy and predictable at the beginning. For me, the “real deal” actually  began after they broke up. I was far more interested on how the couple lived their separate lives. I love that it’s NOT the stereotypical fairy tale love story we often hear or read or watch. There are real-life glitches and oh-so important issues to consider.

Cornaceae deciduous tree – In the spring, when the season for sakura is just over, it bears white or pink flowers. Meaning of its blossom…”returning a favor”.

Sae Hirasawa (Yui Aragaki) is one of those academically inclined, goal-oriented, success-driven high schooler. All she ever wanted was to pass her college entrance exam  and study in Tokyo. 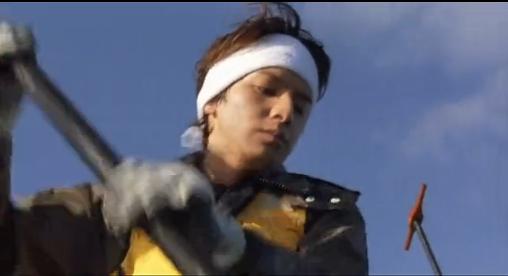 Kohei Kuichi (Toma Ikuta) , is an easy-going but hardworking guy who is pretty much satisfied with his life.  All he ever wanted was to become a fisherman like his father and grandfather.

Examination day has come. And of course, it’s extremely important for Sae to reach school ASAP. But alas! The train she took accidentally hits a deer (yeah, that is possible!). Obviously, arrival will be delayed.  Thankfully, Kohei voluntarily lends a hand. Desperate times call for desperate measures, and thus, Sae suggests that they “borrow” a 4×4 pick-up. Okay, so “borrowing” without asking the owner is actually “carnapping”, right? Yep, that could have been the perfect plan, if only Kohei has a license (duh!).

Nervous and/or guilty, Kohei can’t concentrate with the driving. So it’s quite expected that  they crash. Bam! It turns out, the perfect plan ain’t that perfect after all. In the end, not only did Sae missed the exam, she got suspended too. As for Kohei, well, his Dad beat him up.

Looking on the brighter side, at least, the “soon-to-be-couple” had their special moments.  Even with cuts and bruises plastered on his face, Kohei tries to comfort Sae. But dear, she’s way too cast down to see any positivity right now.

After thinking things through, Sae realizes it’s not the end of the world. Sure took her a long time to gather up her wits. She’ll be taking the regular entrance exam next February. She thanks Kohei for the help and she’ll be trying her hardest to pass.And in his own little way, Kohei makes an effort to help her out just a bit more. He bought review materials for her. Sae can’t help but laugh. His intentions were good, but boy, the reviewers are for high school entrance exam! 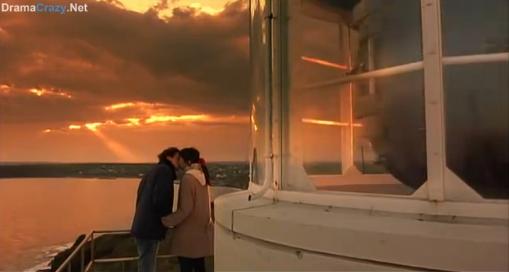 Sae starts to go to cram school and Kohei gets a part-time job. Every night they come home together, giving them ample time to get a bit closer and closer.

And yep! As expected, they became a couple. Kohei then takes Sae to his special place, the lighthouse. She’s overwhelmed. She feels nostalgic even though it’s her first time there. Later, she knew why. She had a picture of her with Mom near a lighthouse too. It was taken in Canada, her birthplace. 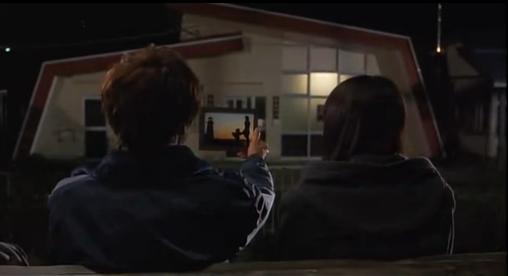 Kohei: Someday I want to see it. The place where Sae was born.

Kohei seems troubled about something. Is he being a hypocrite? On the outside, he always say that he’ll be supporting Sae. But once in a while, he wishes she’ll fail. If she does, then she’ll be with him forever.

Sae is running out of time. She must get her priorities straight. She just can’t have fun chats and lovey-dovey moments with Kohei anymore. Kohei misunderstood. If she’ll just study and study and study, then they should just stop going home together. Better yet, stop seeing each other! He walks out and gets off the train.

Sae calls out to him. Awww… she gets off the train too. He can’t just leave her. To be honest, she doesn’t understand why she really wants to go to Tokyo. If only she’ll just stay, then she’ll be with Kohei. But then, she can’t give up now. Ever since, it’s her dream. She doesn’t want to think that she’s a weak-willed person.

Amd the most-awaited news came. She passed! Though a tad worried, Kohei shows his all out congratulations. With his fears and uncertainties set aside, Kohei bids his girl a grand farewell. By grand I meant, saying goodbye on a boat, with a banner that says “Do your best Sae”.

The long-distance set-up started out fine. Until, Sae got really-really busy with College life. She’s been caught struggling between studies and a part-time job. Helping her all through out is a senior, Junichi Kitami (Osamu Mukai).

And since Sae can’t go home often, Sae’s mom urges Kohei to visit her in Tokyo.

Mom: Sae is young. She can’t be a good woman without loving one person or two. I want my daughter to like someone seriously and love without any regrets. If you’re really serious about her, then you should find a way to take her back. You only have one life to live.

Kohei considers the advice and goes to Tokyo for Christmas. However, he sees her happily  fooling around with Junichi. He gets jealous. Tempers flare and he finds himself in a fight with some city guys. Good thing, the lover’s quarrel didn’t last long. And as his Christmas present, Kohei carved a miniature boat for Sae.

It’s been a year since Sae graduated from the University, but unluckily she can’t find a job. Kohei, on the other hand, is still working as a fisherman at Hokkaido.

One shocking day, Kohei’s dad confesses that he sold their boat to pay off debts. Kohei is so devastated that he impulsively declares he’ll leave home and stay with Sae in Tokyo. Fully understanding his son’s predicament, Dad agrees. Dad: “Don’t go fishing. Go and flow your own path”.

That very night, Dad died of heart attack. Kohei’s life took an abrupt turn. Dad left them with nothing. And as the eldest son, the burden of running the family falls upon him.  With responsibilities way above his head, he can’t possibly drag Sae with him. Maybe this is his punishment. Maybe, he should break up with Sae.

Kohei: Even since the very beginning, I have never been in Sae’s future. Sae, you must realize your own dreams.

Sae is now working as a reporter in New York. She’s with Junichi, now a professional photographer. He recalls the day she followed him there. She looked lost and ready to break down. It seemed she forgot how to live. But now, seeing her smile, he’s glad she stayed strong.

Sae thanks Junichi for being her confidant during her darkest times. If not for her “senpai” she wouldn’t be where she is. Junichi is disappointed. Senpai? It’s time that she stop looking up to him like a senior. And out of the blue, he proposes marriage!

Sae comes home! It’s her bestfriend’s wedding, of course, she wouldn’t miss it for the world. And since Hokkaido is such a small town, Kohei and Sae MUST DEFINITELY meet. It has been 3 years since they broke up, still, the emotions run strong. BUT, things has changed. Sae is engaged and Kohei is already married to Ritsuko (Misako Renbutsu).

At the old lighthouse, the ex-couple, reminisce the past. She returns the miniature boat he gave her. Watching the sunset, they ask about each other’s lives. She must be happy now, Kohei guesses. She has achieved her dreams and she’s going to be married! Sae smiles. Still, she’s only half way through. With one last hug, the EX-couple (I kept on forgetting that!) says their goodbyes. Reality is harsh. It’s too late. It’s impossible for them to be together.

But then, the hands of fate intervene. While taking some pictures in Iraq, Junichi was killed. Ritsuko, knowing that Kohei won’t love her enough, wanted divorce and left.

Another 2 years passed. Sae holds a photo exhibit in memory of Junichi’s passion for photography. Mom graces the event with her presence. She congratulates Sae for a job well done. Sae has always been independent. She has been successful on her own. Mom: “You could always go back home”.

Sae needs to go back… to where she was born, in Canada.

While touring around, Sae notices THE miniature boat! Phew! Talking about fate! Kohei was there! He left the miniature boat, saying that the owner was born there. Sae tries to catch up with him, but he’s already gone.

Sae is finally back in Hokkaido. Mom is now happily married to Uncle Masato, the long-time admirer. Sae then learns that Kohei and Ritsuko got divorced. His mother and sister are staying at Obihiro.

Looking at the dogwood tree, Mom remembers Dad’s last words. Mom: “He told me, I’m glad I met you. Thank you for giving birth to Sae and for staying with me til the end”.

Funny, how life is such a long-winding road. But in the end, everything will fall into place.