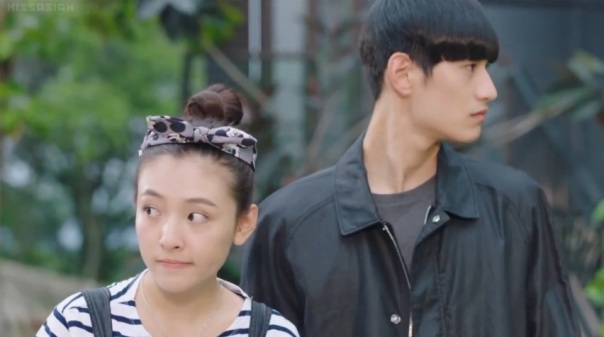 This is the most exciting episode so far. Now, we get to see a glimpse of the enemy’s cruel presence, though I’m inclined to say that the black cloak he was wearing was a bit exaggerated. Tehehe!

Anyways, Jing Zhi is starting to grow on me. I’m feeling the chemistry between her and the “monster” Ling Qiao now. So far, I’m loving it! I’m also thrilled for the brewing romance between Xuan Xuan and Ye Chen. Yey!

Ling Qiao wakes up with Jing Zhi closely listening to his heartbeat. She’s pretty hyped up that she discovers where the strange heartbeat sound comes from. It’s from him obviously. He then explains that because she woke him up, their heartbeats become in synced. They will only stop hearing the sound if they are either too close or too far from each other. 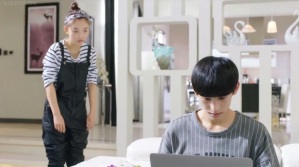 They go outside to test the range distance requirement for them to hear the heartbeat. And Jing Zhi observes that the hearing range is between 100 meters to 1 kilometer. She then gets a brilliant idea to ditch him by pretending to hear the sound even though he’s already way outside the range. When she’s sure he’s already too far, she cuts the call and jumps for joy. But to her dismay, he’s already surfing the net and waiting for her inside. He even complains that she’s slow as ever. Haha! Okay, so she forgot he’s the fastest living thing on earth. Ling Qiao then resolves that he must find a way for Jing Zhi to voluntarily make him stay.

Jing Zhi’s parent summons Dong Dong at their home. They learn that he’s Jing Zhi’s new assistant and they want him to report her daily activities to them. He insistently refuses to agree, not only because he is loyal to Jing Zhi, but more importantly because he’s scared that she will skin him alive if she finds out. Haha! But in the end, he gives in because of the monetary compensation. Haha! 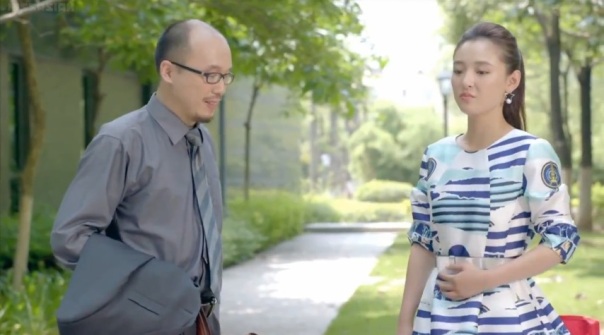 The location for Jing Zhi’s and Xuan  Xuan’s new project is at the research facility where Ye Chen works. Professor Li, Ye Chen’s mentor, co-scientist and the one who discovers that Ling Qiao is alive in episode 2, chats with Jing Zhi. He’s obviously up to no good when he forces her to have a blood test. Good thing Jing Zhi ain’t too trusting and excuses herself right away.

Meanwhile, Ling Qiao is busy eavesdropping around Jing Zhi’s parent’s house. There he learns that her parents are getting frustrated that Jing Zhi can’t find a suitable husband despite their low qualification standards. Haha! They agree that if ever she meets a man, they must definitely prevent another break-up and marry her off. Haha! Ling Qiao takes note of the new-found information and smiles knowingly. 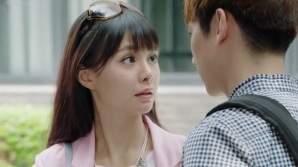 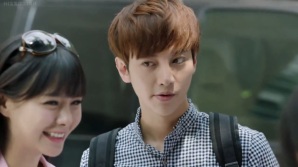 At the film set, Xuan Xuan is walking in slow mo when her heels gets stuck. Haha! It’s funny that even an A-list actress like her tends to have klutzy, awkward moments too. Because fans already gather around her, she can only smile and sit over the hood of the nearest car. She poses for the camera and signs autograph, all the while subtly trying to loosen her heels from being stuck. Haha!

Just in time, the owner of the car, Ye Chen, comes to tell her to move away. Since she can’t, she just pretends she knows him. Ye Chen goes along with her story and grabs her around the waist. He tells the fans that they are indeed close friends and asks for some privacy. When the fans are gone, she distances herself and angrily tells him that what he did is already harassment.  However, he ignores her complaints and asks why she knows his name. She tells him that she’s friends with Jing Zhi and that he’s quite popular for two-timing her. Ye Chen draws close and mocks that if she’s really one of Jing Zhi’s friends, then she must know that his ex-girlfriend who appears to be a perfect barbie doll, is in reality, a foul-mouthed and short-tempered woman. He then swiftly unstuck her heels. I’m loving the tension here. Kyaaah!

Ling Qiao is learning how to cook, and he’s doing this so that Jing Zhi will make him stay. But it seems, he’s doing a terrible job. Haha! When Jing Zhi tastes his broth, she chokes and whines that the amount of salt in the dish is enough to preserve her body for 200 years. Ahaha! 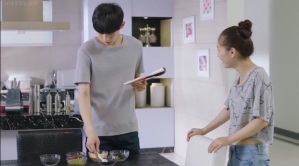 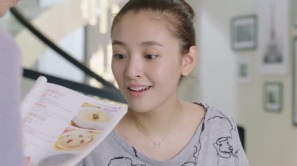 The next day, Ling Qiao is still busy cooking. Jing Zhi teases that it’s unfortunate for a man like him to live for 500 years and yet, still doesn’t know how to cook. He retorts that him not knowing to cook is just the same as her not knowing how to act. Haha! She’s pissed and insists that she’s a good actress, in fact, she’s going to the film set to act. So he better just cook all day and not to put kitchen on fire or she’ll have his head. Haha! Ling Qiao then tells her that he’s going to meet the person who contacted him online about the old painting he resembles. 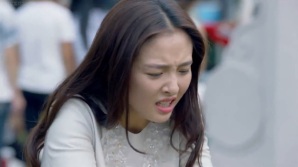 Back to the film set again, Jing Zhi feels the strange heartbeat but thinking that Ling Qiao is only there to criticize her acting, she goes on with her work. She’s playing her part in a confrontation scene. And according to the script, the actor will have to cut her palm using a fake knife, but unknown to everyone, someone switched the fake knife with a real one and it wounded her.

Ling Qiao, who is supposed to meet the anonymous person online in the area, feels Jing Zhi’s abnormal heart rate and tries to go to her. But he’s trapped inside the elevator. The anonymous person turns out to be the enemy himself and Ling Qiao walks right into his trap! The elevator is designed to be a giant freezer and the enemy plans to freeze Ling Qiao to death!

After being treated, Jing Zhi is advised to go home early. At home, she watches the news of her latest accident. The reporters comment that because this is a very unlucky year for her, she needs interventions to change her luck. Jing Zhi grumbles that she has already been unlucky for 28 years. She already spent all her money for digging 3 wells for luck, but still she’s cursed! Haha! She then notices that Ling Qiao is still not home. At first, she feels greatly relived that he’s finally gone. But after awhile, she feels worried for him. After all, he did say he was meeting someone he just met online.

Jing Zhi goes back to the film set where she last felt the heartbeat and phones him. And because her call can’t go through, she assumes he’s trapped somewhere in the empty building. Once inside the building, she shouts his name. By now, Ling Qiao is almost frozen. Thankfully, he has enough strength to respond to her call.

Once she learns he’s inside the elevator, she immediately tries to open the trap door. She successfully puts a gap, but since Ling Qiao’s too weakened by the cold, he can’t lift the heavy door. Jing Zhi then looks for some materials to make an improvised heater. Dun-dun-dun!

Posted on May 9, 2016, in Chinese Drama and tagged Chinese Drama, Drama Recap. Bookmark the permalink. Leave a comment.