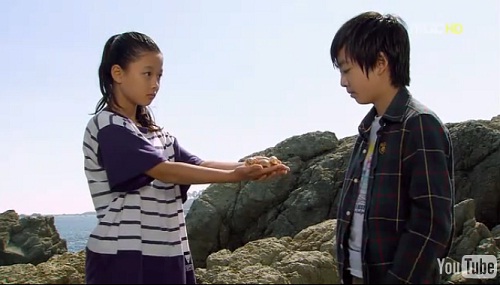 Let us pause and savor this moment… for all we know, this may never come again. Ahhh, the blissful age of innocence…

As I’ve thought, this episode blows us out of our wits  again!

Nothing’s going to stop NaYoung now. She just can’t get her hands off that freakin’ chaebol’s money anymore. After tons of pleadings, bargaining and word plays, the couple finally comes to an agreement. YoungMin agreed to return to Seoul, if and only if, he will not  be forced to work for dad. And it’s fair enough for NaYoung. After all, with a little scheming here and there, she’ll eventually make things go her way.

What really bothers NaYoung the most is the fact that InSook continues to talk to MinJae behind her back. She’s actually scared. She can’t let InSook take MinJae away. Not now, not when she already loves him as her own, and not to forget, he’s the trump card!

In reality, InSook is just another victim of the dreaded web of deceits and greed. She has been living all her life under the cruelty of her “brother”, who not only sees her as a money bag but a punching bag as well. She only longed for the love of a family (son), but even that, was taken from her.

InSook had enough! And so, when NaYoung threatens to do “something” for not carrying out the terms, she abandons all hope and dares NaYoung to do what she must. And if you think NaYoung will take pity on InSook’s despair, think again! She did just the opposite and basks in other people’s misery.

NaYoung stalks InSook like a predator haunting its prey, patiently waiting for the right time to strike.

Drunk and barely standing straight, InSook staggers down the empty New Jersey street. And this is the perfect opportunity for NaYoung! Conscience set aside and virtues forgotten, she must get rid of InSook no matter what. She hits the gas, and in a flash, the car smashes right to InSook.

The adrenaline rush subsides, and NaYoung feels the gravity of the situation. Alarmed, she flees the scene.

NaYoung goes straight to home. She looks at her sleeping “son”. Tears, mixed with guilt and contentment, roll down her face. In a shaky voice, she reassures herself.

NaYoung: No one can take you away forever. MinJae you’re my son.

As they say, karma’s a bitch. Every passing day, NaYoung is unnerved  by InSook’s “death”. She imagines things. She even mistook a random girl as InSook who sweetly smiles at her.

And for the record, it has not been proven that InSook really died that night. Yah! So I guess, even evil women get scared.

JoonGoo was given the death penalty. Too bad. I really liked him.

I truly pity JungSook. Since episode 1, nothing good ever happened to her. And now this?! C’mon give the lady a break! 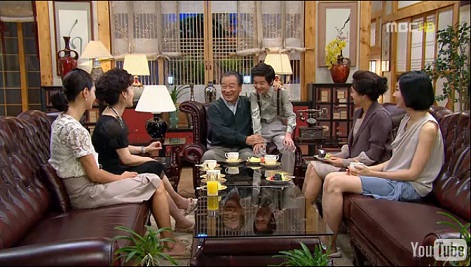 Well, it was a happy reunion, and at least, everybody was discreet. Even Ae-ri is relieved. With NaYoung there, she can finally  pass on the baton of responsibility in taking care of the in-laws. Of course, that’s a mistake on her part. Never misjudge a sly fox!

SoonJa, however, knows better. She can see behind NaYoung’s meek smile. Instinct tells her that NaYoung is someone who can stab you behind your back. 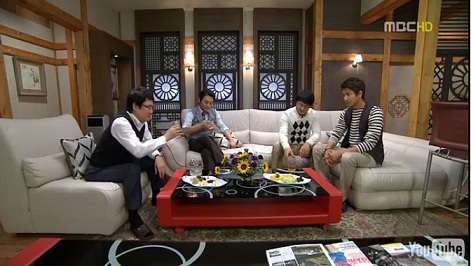 The band of brothers. From left to right (Eldest to youngest) YoungDae, YoungJun, YoungMin and YoungShik. Not to forget, they have a sister, MiJin.

For the first time in ten years, the couple finally sleeps in one bed!

YoungMin is still not convinced to let MinJae study abroad. Having experienced the loneliness himself at a young age, he just wants MinJae to stay with them. But NaYoung is adamant.

NaYoung: MinJae is my son. I traded my life for him.
YoungMin: What does it mean?
NaYoung:You don’t need to know what it means. It felt being abandoned when you were attending school by yourself in America? That’s not being abandoned. For 10 years, we’ve used separate rooms…I was the one being abandoned. I’m taking MinJae tomorrow. I need to go see Unni. Because Unni is really the woman who was abandoned.

Everybody assumed that the adoption was just a cover-up and HyeJin is actually JoonGoo’s daughter. Eventually, HyeJin hears about the rumors. Just imagine the kid’s disappointment. But then, JungSook would prefer HyeJin to believe that she’s a murder’s daughter than the illegitimate child of NaYoung.

With the past shoved behind her back, JungSook welcomes her sister with open arms.  But first thing’s first, NaYoung sincerely apologizes for everything- for leaving her and for causing her a miserable life.

JungSook assures the it wasn’t her fault at all. There’s no point in living in the past and the most important thing is she’s living well. She even envies NaYoung for using all her strength to achieve her dreams. Besides, they can’t do anything if NaYoung oozes with so much ambition.

MinJae is spending his quality time alone when suddenly he sees a little girl (HyeJin) walking towards the sea. He wasn’t minding her at first, but when she didn’t stop walking forward, he runs and catches up to her. The only problem is, he didn’t know how to swim. Haha! Good thing, HyeJin is an expert swimmer. And ironically, the rescuer got rescued instead.

To show her gratitude, HyeJin gives MinJae some shells. Even though she actually saved him, and not the other way around, she still thank him for providing a  diversion. If not for him, she might continued swimming until she looses strength and drowns.

Just like that, HyeJin and MinJae forms a bond. In her heart, she knows she’ll be seeing him again!