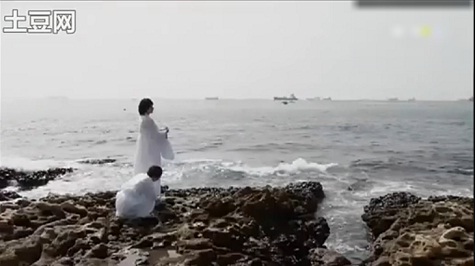 It’s scary how human greed and jealousy could make the worst out of people, ne? 😦

In this episode, we see a hint of NaYoung’s impossibly clever manipulations. This girl is such a pro! I really thought she had some kindness in her, but then again, I’m wrong- at least for now. She really is evil in every sense of the word.

Meet the grown-up YoungMin. After years of studying abroad, he comes back to Seoul, oblivious to Dad’s plan in fulfilling the long overdue betrothal.

A bookworm by heart, YoungMin is the third son of TaeJin. Contrary to his elder brothers YoungJun and YoungDae, YoungMin is rather contented to what he has. He doesn’t desire his father’s wealth and it’s interesting to note that despite his refusal to work for the family business, he is still the most favored son. Well, that’s what I think.

Dad: What did you say you’re studying in the States again?
YoungMin: Environmental Engineering.
Dad: What is that? Just say it! And don’t use simple words thinking your father is sutpid.
YoungMin: If you want to make a living, you need to create a factory. And when you create a factory, it impacts the environment.So it’s studying how to save the factory and the environment.
Dad: Does that make sense? In the end, you’re just going to end your father’s business!

NaYoung begs JungSook to keep her “secret pregnancy” a secret. Until now, I can’t understand why nobody else knew about it! Her tummy is practically as big as an oversized watermelon. And JungSook, the ever-loving sister, concedes. She advises NaYoung to go back to Seoul and continue school. With NaYoung’s wits, she can definitely find opportunities after graduation. But NaYoung thinks otherwise.

NaYoung: What for? In the end, a woman’s life depends on what type of man she marries.

When NaYoung goes home, she meets YoungMin. And a plan comes to mind!

That night, SangHoon is overly happy that after 10 years of silence, TaeJin and his son finally shows up to fulfill the engagement. Clearly, he anxiously waited for this day to come. Though, he was passive when they made the betrothal, he seems to hope that TaeJin would honor his words. I don’t know why SangHoon desperately wants JungSook to marry YoungMin so badly though. It’s clear he’s not doing this for money.

JungSook isn’t at all interested with the match up. But Dad insists and suggests that she must at least meet him once.

Dad is apparently apprehensive when YoungMin picks up JungSook for their date. NaYoung notices this and remarks that if only Dad was sensible enough to betroth her with YoungMin instead of her sister, then he wouldn’t worry as much. But Dad is indifferent, saying that he won’t ever consider a fickle daughter as her. I must admit that hurts. NaYoung is so riled up that Dad loves JungSook more than her. 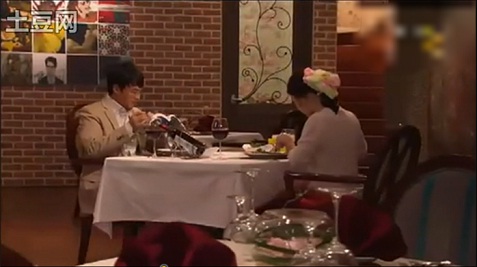 Welcome to the most boring date in the history of all boring dates! How could someone read a book while on a date? Is that even logical? This YoungMin sure is something!

Dad inquisitively asks about the date. And since it was such a bore, JungSook couldn’t relay as much. Dad insists that she should have taken the initiative. JungSook doesn’t have the heart to disappoint him when he’s very enthusiastic about it and agrees to make the relationship work.

The truth is: JungSook and YoungMin agreed not to marry.  They each have their reasons and it’s a mutual understanding. And since they both can’t tell their respective fathers, they resolved on going to the States minus the wedding vows.

And NaYoung puts her plan into action through JoonGoo. Of course, the plan is: Get rid of JungSook then marry YoungMin. Oh! I forgot to introduce JoonGoo in the 1st episode. Well, he’s a gangster turned good guy after falling in love with JungSook. Just to be near her, he works for SangHoon. YoungMin’s arrival clearly made him so pissed that he returns to being a thug.

Using JoonGoo’s feelings to her advantage, NaYoung continually insinuates that JungSook also likes him. We don’t know if it’s true but she seems so convincing! She encourages JoonGoo to grab the chance and fight for JungSook.

The plan worked!  JoonGoo becomes too aggressive and raped JungSook.

NaYoung comes early that night and overhears JungSook’s plea, but she didn’t do anything and runs off. For a sister to just run away when her elder sister is about to be raped, that’s just shameless! Evil woman!

And then Dad came. NaYoung acts as if nothing’s wrong. But then seeing JoonGoo’s rattled reaction, Dad realizes what happened. Dad is so angry that he suffers from a fatal stroke and dies.

At the wake, JoonGoo is overly consumed by guilt that he has no courage to face JungSook. NaYoung, however, convinces him that what happened is for the best. Huh! Girl your dad just died, and now you’re saying it’s for the best!!!

TaeJin hears about the sad news. He cries and mourn for his dear friend, and then promises to take care of JungSook and NaYoung. After TaeJin left, he asks YoungMin to stay behind and oversee everything. And this is when NaYoung displays her awesome acting skills- crying so hard and hugging him for comfort. But then, when nobody’s looking she smiles wickedly like the genuine schemer that she is!

The sisters spread their father’s ashes to the sea. And when they came back home, loan sharks await. Thankfully, JoonGoo is there to fight for them and assumes all responsibility. JungSook appreciates the effort. And again, NaYoung sees this as an opportunity and encourages JungSook to choose JoonGoo.

NaYoung: It’s best to live with a man who loves you.

NaYoung talks with President Kim (TaeJin). She apologizes that their family can’t fulfill their end of the bargain coz JungSook is seeing somebody else. She further adds that it was their Dad’s wish that she fulfill the promise in her sister’s stead. Of course, these are all lies. This got President Kim thinking though. The poor old man just fall right into her trap! 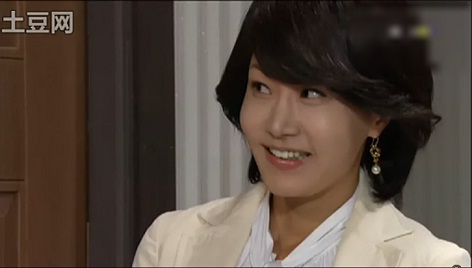