Summer has finally come! Hotaru no Hikari is back! Weeee…. I’ll definitely write an episode recap for this one. Amemiya. Buchuo. Okaeri!

The drama’s pilot episode will air on July 07. And I’m so counting the days. I’m intrigue with Mukai Osamo’s character. I think he’ll be playing as Buchou Takano’s love rival. If that’s the case, it’ll gonna be a tough fight. I’m glad that they added Mukai in the cast. I really adore him in Seigi no Mikata. Speaking of which, there should also be a sequel for Seigi no Mikata, ne? 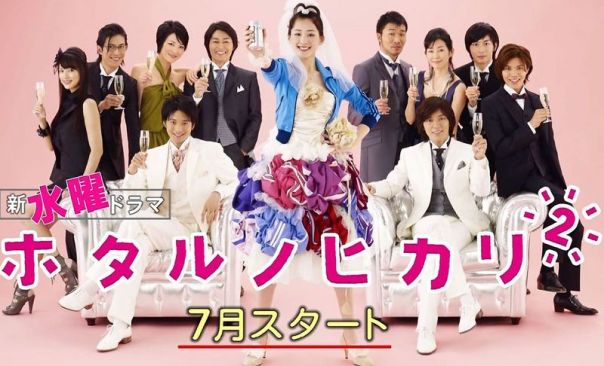 Here’s the news update form Tokyograph.
http://www.tokyograph.com/news/id-6087
The popular 2007 drama series “Hotaru no Hikari” is returning for a second season, it was learned on Sunday. Haruka Ayase (25) will once again play the starring role.

Originally based on a shojo manga by Satoru Hiura, the first series told the story of a young office lady named Hotaru, who has no interest in romance and instead prefers spending her time lazily at home. However, her life changes when circumstances lead her to live under the same roof as her boss. Although the first series focused on Hotaru’s reawakening to love, “Hotaru no Hikari 2” will be more about her path towards possible marriage.

Naohito Fujiki (37) will also return for the new series. NTV plans to broadcast the show on Wednesdays at 10:00pm, starting in July.

I’ve been trying to find a preview but unfortunately, all I get are promotional vids. 😦

And so, all I can do is link  music vids (fanvids) to refresh some memories or just to take hints, if you have n’t watch the first season.